Russia In The Second World War: In Pictures:1941 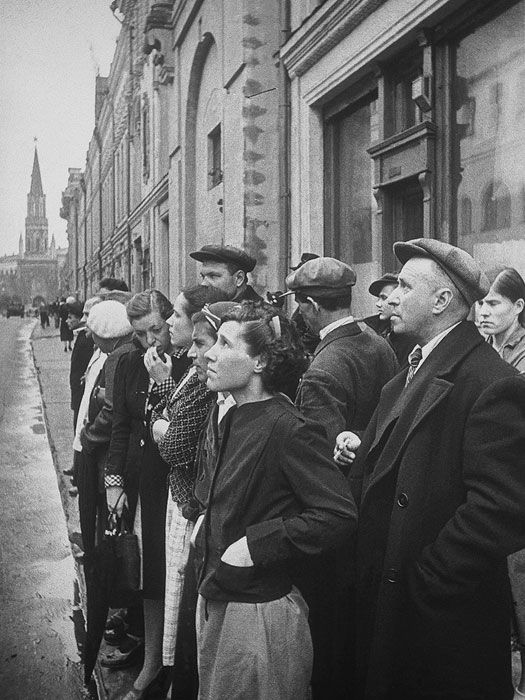 June 22, 1941
On a Moscow Street. The announcement that Germany Had attacked Russia

SPEECH ON THE RADIO THE VICE PRESIDENT OF THE People's Commissars of the USSR and the People's Commissar for Foreign Affairs LLC. B. M.  MOLOTOV
June 22, 1941
Today, at 4 am, without showing any claims in the Soviet Union without declaring war, Germany's troops attacked our country, attacked our borders in many places and its aircraft bombed our cities - Zhitomir, Kiev, Sevastopol, Kaunas and some others ...
The Red Army and all our people once again lead a victorious patriotic war for their country, for honor, for freedom ...
Our cause is just.  The enemy will be defeated.  Victory will be ours.

Summary of the High Command of the Red Army

In the afternoon, Germany's troops met the advance units of the field of the Red Army.  After fierce fighting, the enemy was repulsed with heavy losses.… But at the Grodno and Kristynopolskom directions enemy was able to achieve minor tactical successes ... 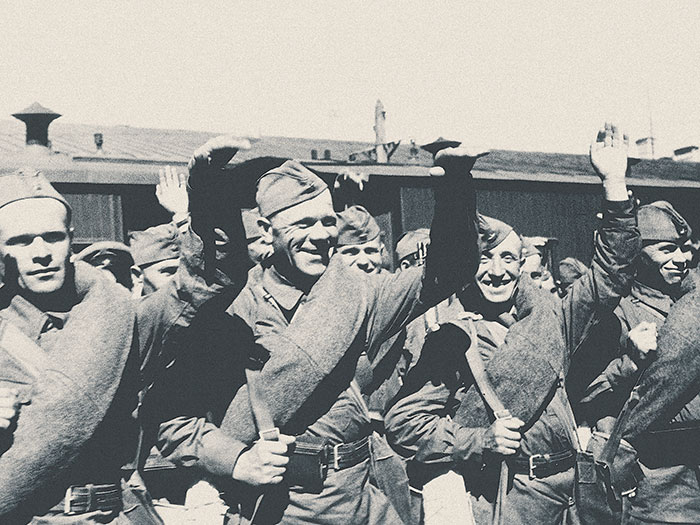 June end, 1941
Red Army men on the way to the front. Seems like a propaganda picture. Otherwise these men would not be smiling. Or may be they did not know how bad the things were going to be ... 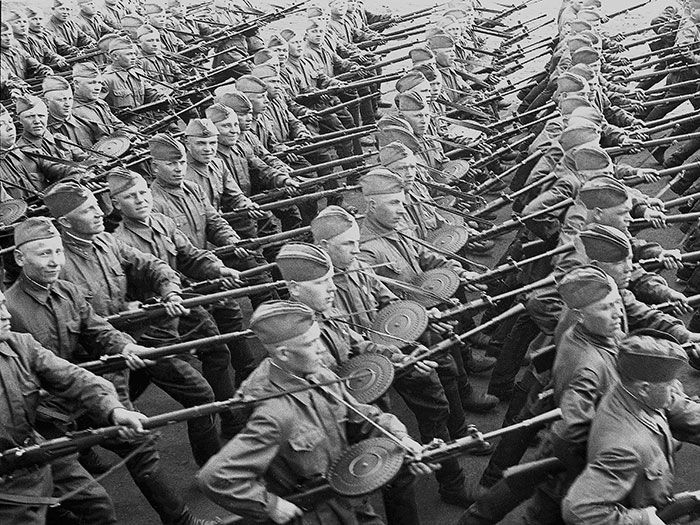 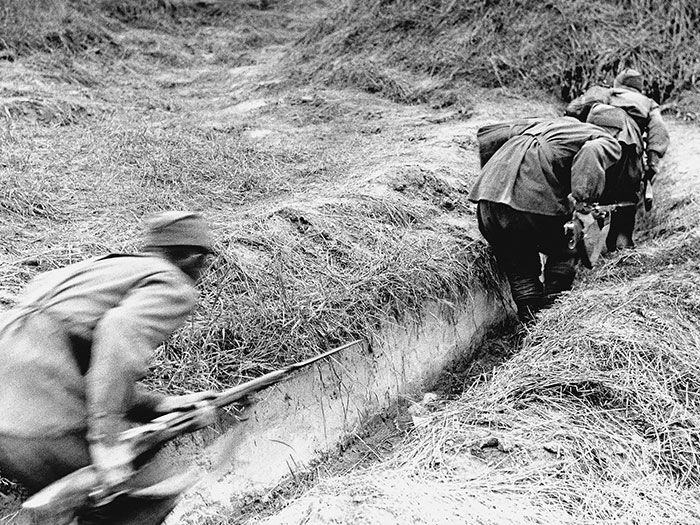 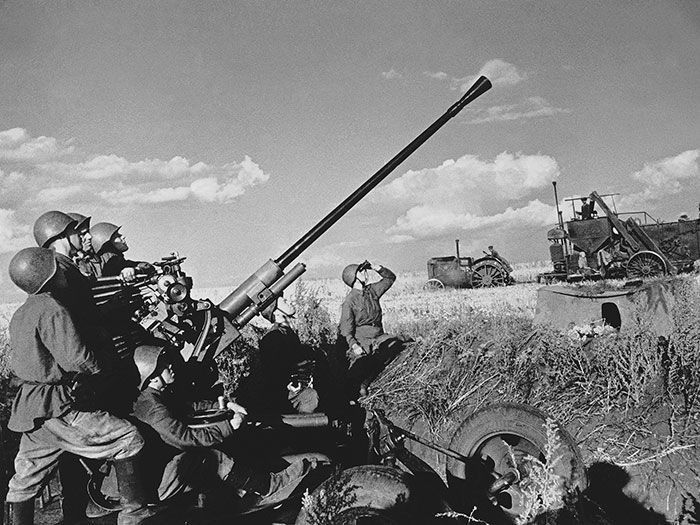 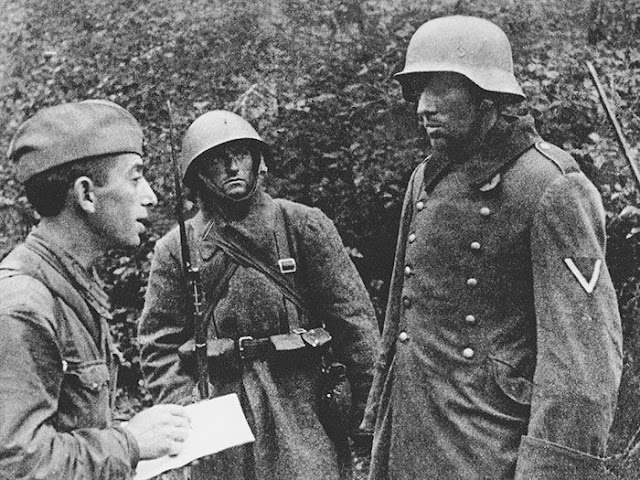 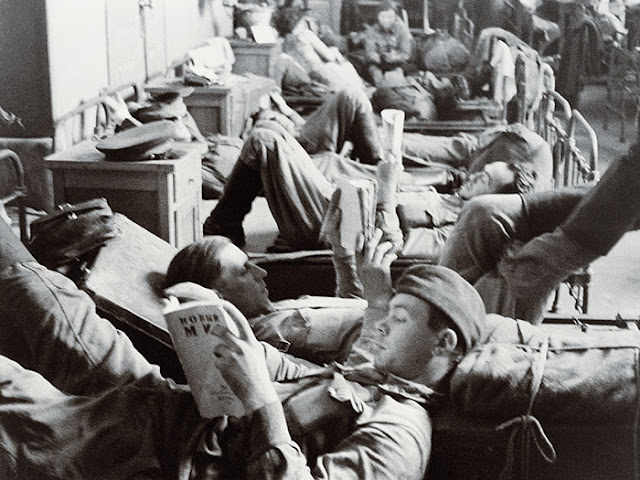 First week of September. Russian soldiers relax at a garrison 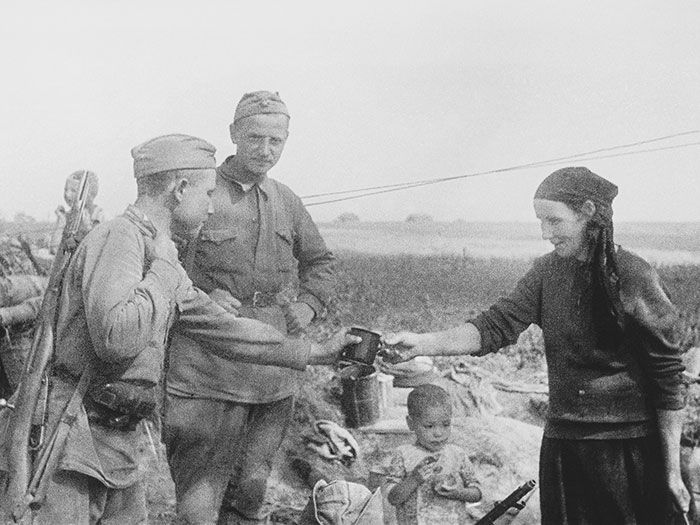 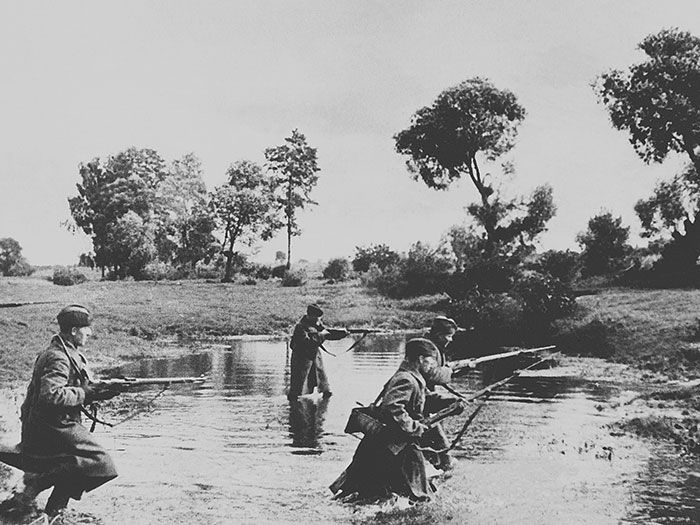 Mid September. Russians on the move 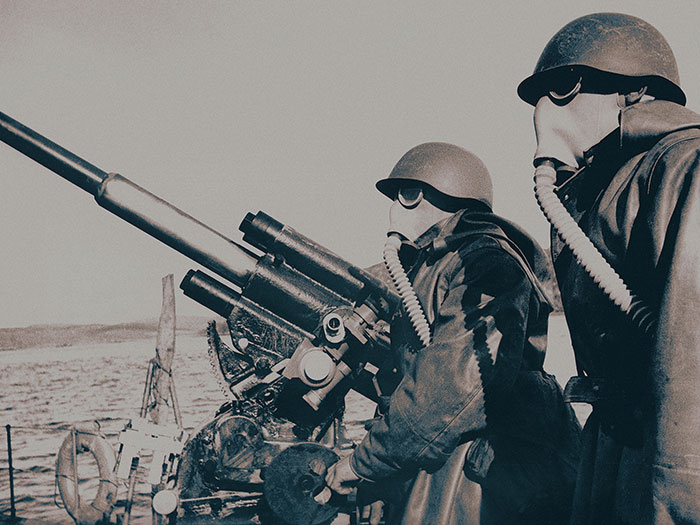 September end. Men of the Russian Navy wear gas masks. There were reports that the Germans were going to use poison gas. 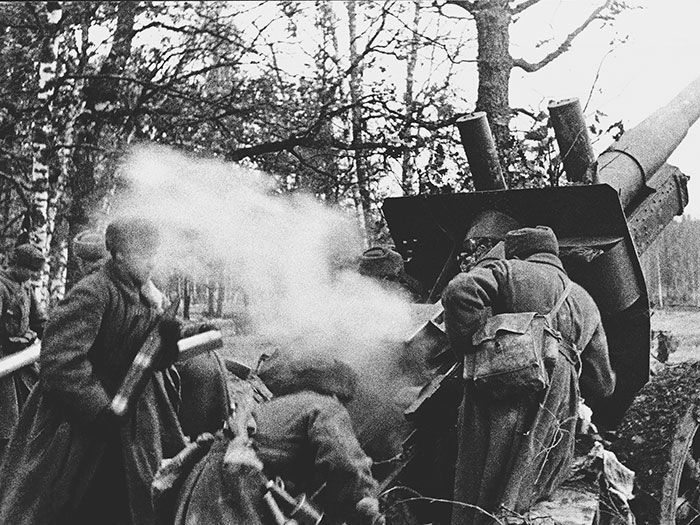 First week of October: Russian soldiers crawl forward. The news from all the fronts were bad. The German war machine seemed unstoppable Mid October. The Germans were coming fast. Digging defensive trenches on the outskirts of Moscow. 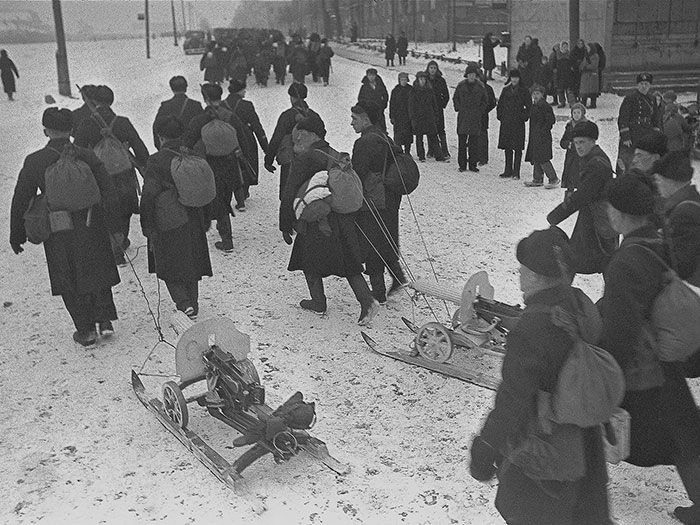 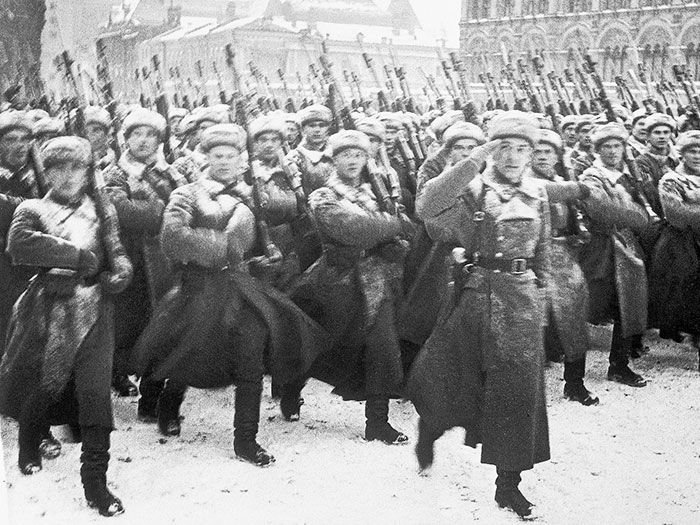 November, 1941. The Germans were knocking on Moscow's doors. Russian soldiers parade on the Red Square before going to fight the Germans. The Battle for Moscow changed the face of the war. Yes, even before Stalingrad happened. 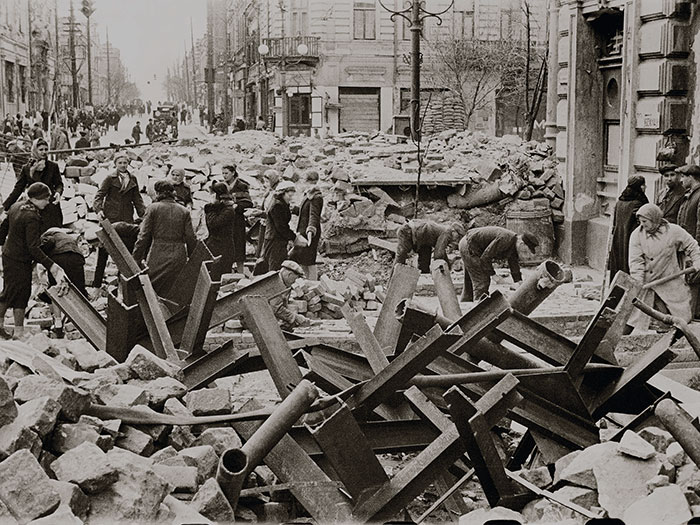 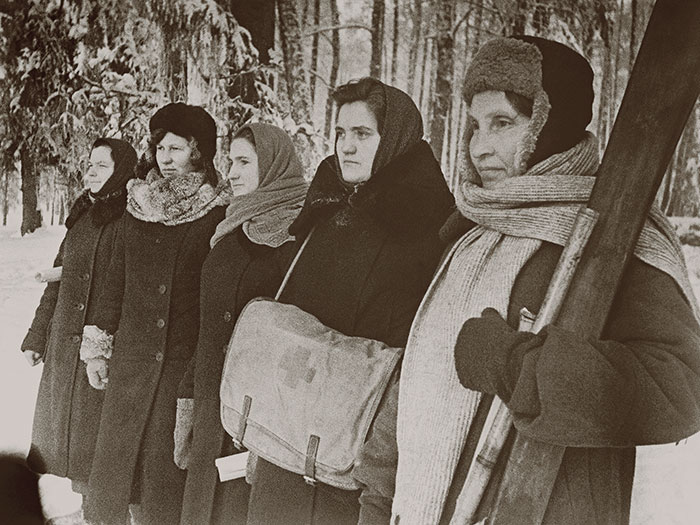 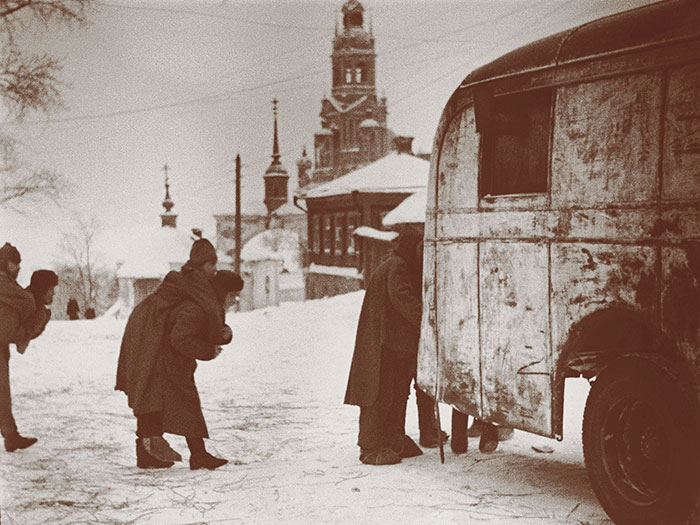 Mid December, 1941.  Putting the injured into an ambulance in Moscow 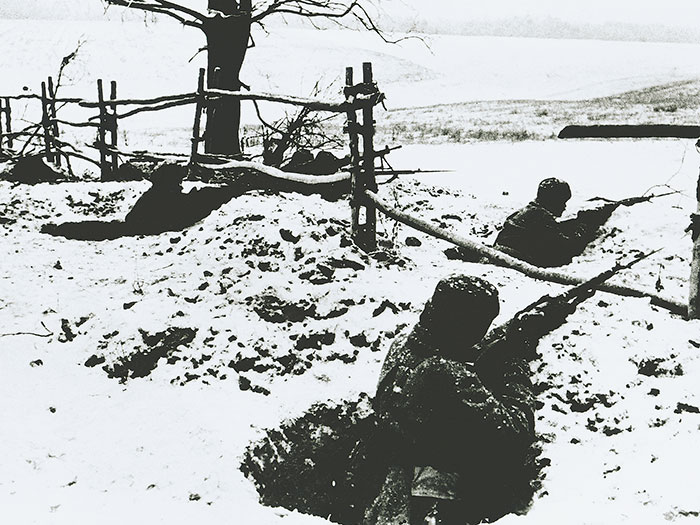 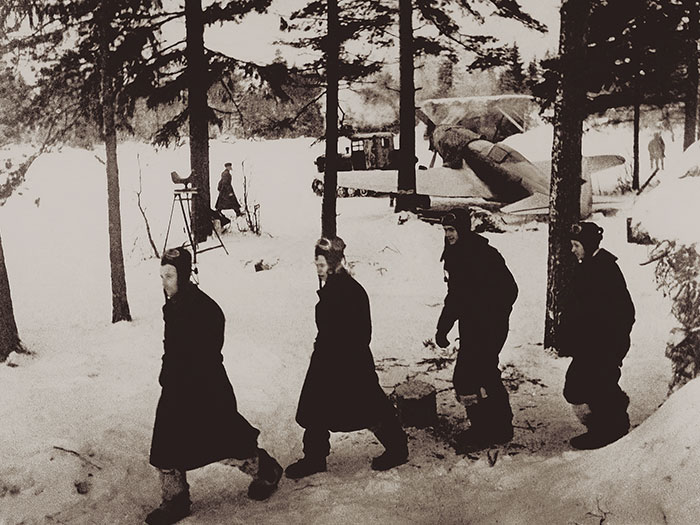